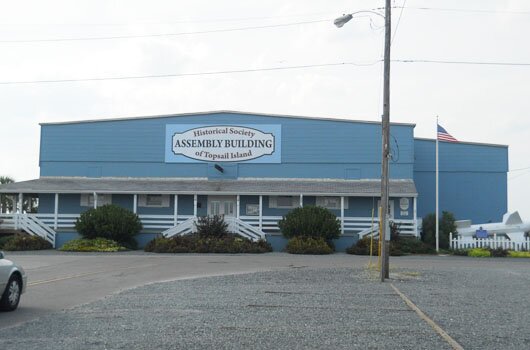 Did you know Topsail Island was once a top secret government site for testing missiles? Ever notice those strange three-story concrete structures along the beach? They were built as observation platforms for the missile tests. 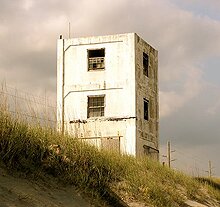 Learn more about this program and the long history of the island (back to the days when Blackbeard the Pirate buried his yet-to-be-found treasure here) at the Missiles and More Museum.

The Missiles and More Museum which preserves artifacts and data for the Topsail area, was first opened in 1997. Today, exhibits include Operation Bumblebee, Camp Davis, pirate and Native American exhibits, a natural history exhibit and an Osprey Aircraft exhibit. The Musuem opened a new Barrier Island exhibit in April 2009. The Museum operates afternoon hours from April to Mid October (see schedule below). In addition, special tours are conducted for students and other groups. Arrangements for visits may be made by calling the Museum at (910)328-8663, or the Museum Director at (910)328-2488. 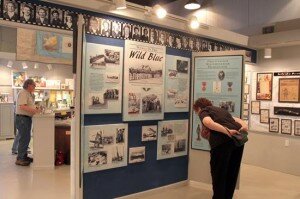 A museum visitor looks over part of a new exhibit
in 2012, “Women in the Wild Blue,” which features
the Women Airforce Service Pilots of WWII.
(photo by Connie Pletl, Topsail Voice)

The first week of April through Mid May: Monday to Friday, 2 to 5 p.m.